Home / News / What you need to know about immersion mixers

What you need to know about immersion mixers

With the passage of time, technology has become more an […]

With the passage of time, technology has become more and more advanced, followed by new products and new designs. The hand blender is also included in the new high-tech design aimed at improving our lives. Unfortunately, sometimes these products are highly technical (for most people, including me).

What is a hand blender?
A hand blender is also called an immersion blender or a stick blender. It is a kitchen utensil used to blend food and liquids, including soups, smoothies and other juices. Its appearance is impressive. The stick blender looks like a long stick with blades attached to it for mixing and includes controllable buttons. It was invented in 1950 by a man named Roger Perrinjaquiet.

Can an immersion blender make smoothies?
This is a common question I often hear. Whether you are a fitness enthusiast or just a smoothie lover, we all love smoothies. If the hand blender cannot make a smoothie, it will be a huge blow. Fortunately, hand blenders have the ability to make smoothies. I must say that the efficiency of these blenders at work has also left a deep impression on me.

Can a hand blender crush ice?
The answer is yes, no. Generally, the blade of the stick blender is not designed to cut ice and other stronger objects, but if you want to make the smoothie cool, I suggest you cut the ice into small pieces so that the blender will be able to cut ice .

Is the hand blender suitable for baby food?
Yes, yes, yes. One of the most common uses of this tool is to crush and flatten food for babies, including making safe and healthy homemade juices for children. I also recommend mothers to use an immersion blender.

Vertical mixer and immersion mixer
One of the most obvious differences between a traditional blender and a hand blender is where the food is blended. Traditional mixing requires the food to be inserted into the mixer itself, while the stick mixer can be used in any type of container. If you are looking for the right tool to use, please consider the following:
Small or large?
If you are looking for a blender that can make small portions like a single smoothie, then hand blenders are an excellent choice because they are more comfortable to carry and quieter than quiet stand blenders, while vertical blenders Although the blender is loud, it is suitable for large quantities and can save you time.

Do you want to mix stronger foods/liquids?
There is no doubt that, depending on the menu, a stand mixer is stronger than a stick mixer, which may be advantageous if you want to stir or chop heavy objects such as ice.

Easy to carry and store
Do you have enough space to store the mixer? Are you looking for something easy to travel? These are the questions you should ask yourself before deciding on the best tool. 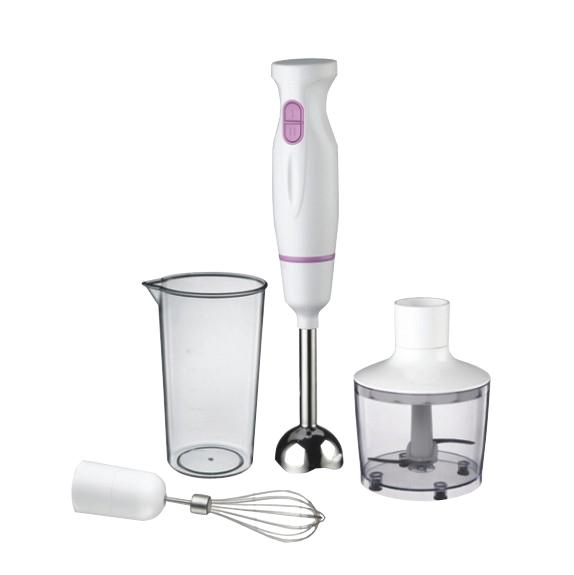 0
PREV: types of juicers and how they work      NEXT: What is the weight of the blender